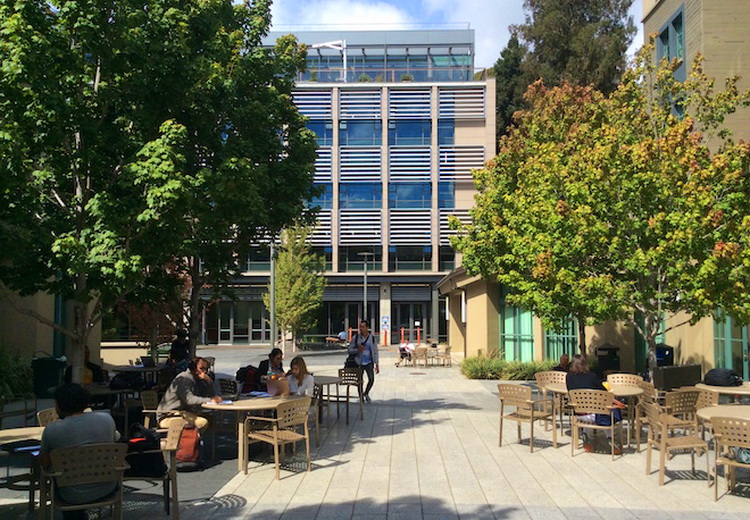 Rich Lyons, the dean of the Berkeley Haas business school, has held this job for eleven years already. Undoubtedly, he has done much for the school: changed its MBA curriculum, improved its culture, started the new EMBA program and a college program for the engineering school.

Also, he has raised for the business school no less than $350 million.

Lyons’s legacy will have a physical embodiment as well: he has built the six-story Connie & Kevin Chou Hall specifically for Haas students. In this building, you won’t find offices for administration or faculty – only twelve modern classrooms with 850 seats. There are also 28 meeting rooms for students, a large 300-seat hall and a good café with an outdoor terrace.

Poets and Quants reports that the new building symbolizes collaboration. The school really needed the extra space, not just a proof of modernization.

The new Haas building was more than welcome, as the school has ambitious plans for growth. This year’s MBA class consists of 284 students, while in 2016 there were only 250. For the next admissions season, Haas is planning to admit no less than 300 students, and maybe even 350. One cohort will include up to 75 students.

Lyons has also announced a new joint undergraduate program for business and engineering. It already got 2,500 applications, although there are only 40 places. It’s not the last program of this kind – there are plans for life sciences and business joint college program. That’s why Haas’s new $60 million building is a welcome addition to the campus.

The statistics of this new place is amazing: 24,300 square feet of windows, 17,000 square feet of desks and whiteboards, voice-activated microphones and video cameras on desks. It means that every classroom is up to videoconferencing, for students who couldn’t attend the class. At the top of the new building, there is a deck to admire San Francisco Bay views and the cityscape.

The greenest building ever built on campus

According to Lyons, Chou Hall will be the greenest academic building in the US. It’s certified by LEED Platinum and WELL Building Standard, so it’s beneficial for human health. The building will be used without any waste, have improved energy efficiency and much less water use. Actually, the building is 10% recycled stuff.

Around the building, there is a large courtyard leading to the university library for the students to spend time outdoors, as the Californian climate allows it all year round.

To symbolize the embodiment of Lyons’s legacy, the courtyard’s floor has engravings of Haas’s four main principles – to question the status quo, to show confidence without attitude, to always be a student, and to have ambition beyond oneself. That is why, as Lyons said jokingly, if the new dean would want to rethink these principles, they would have to rebuild the entire courtyard to get rid of them.

Join MBA25 event in Tbilisi and learn more about the latest innovations in business schools!