Top MBA graduates are leaving other job hunters in the dust

According to a recent Wall Street salary survey, the best MBA graduates from top business schools enjoy the most generous offers at the job market, up to $125,000 in starting salary.

The survey also indicated that best grads from schools like Harvard or Wharton will have a better lifestyle while developing their finance careers.

Businesses Value MBA Grads – But That Doesn’t Satisfy Them

The survey says that top MBAs will be exempt from menial tasks like dealing with pitch books and 100-hour weeks of working in a subordinate position under supervision.

According to Training the Street founder and CEO Scott Rostan, companies are beginning to understand the value of MBA graduates and are willing to give them more important tasks straight on. All in all, the survey explicitly says that top talent is in the highest demand right now.

Compared to 41% in 2017, this year almost 50% of new MBAs managed to obtain top-level jobs at companies. However, only 32% indicated they were satisfied with their new jobs, although last year there were 45%. At the same time, the number of MBA grads showing dissatisfaction with their position is twice as high at 14%. It would be easy to understand their plight, if 80% of these new graduates didn’t receive starting offers of $100,000 and higher.

What Else Did the Survey Find Out?

First of all, almost a third (28%) of respondents to the survey received not one, not two, but three (and more) job offers.

Secondly, more than 50% received one offer or no offers at all.

In 2017, 31% of new MBAs expressed a wish to work for consulting companies, and financial institutions dropped to the second place. According to the survey, this was due to numerous job events and on-campus job interviews arranged by consulting firms.

Only 19% of business school graduates said they aspired to get a job at a major Wall Street player, like JP Morgan Chase or Goldman Sachs.

The favorite job location among the respondents was New York City, and the lowest place belonged to San Francisco. 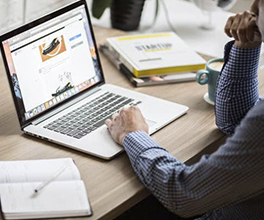